1. Foaming: Bubbles are generated during the construction process and the surface of the putty is foamed after a period of time.

1. The substrate is too rough and the batch speed is too fast;

2, the disposable construction putty layer is too thick, greater than 2.0mm;

3. The humidity in the base layer is too large. Because it is rich in voids and the water content of the putty is high, it is not air permeable, and the air is enclosed in the void cavity and cannot be discharged.

4. After a period of construction, the bursting and foaming on the surface is mainly caused by uneven mixing. The slurry contains undissolved powdery particles. After construction, it absorbs a large amount of water and expands to form a burst.

1. A large area of ​​foamed wall surface appears. Scrape the air bubbles directly with a blade and re-scrape the foamed surface with a putty batch.

3. Foaming occurs in the second or last layer of the construction. The mixing of the putty and water is appropriately reduced, so that the water content of the putty is lower.

4, particularly rough wall surface, the general primer as much as possible to choose thick putty.

5. In an environment with relatively high temperature or relatively low humidity, first wet the wall with water as much as possible. After the wall has no clear water, the putty layer is scraped.

Second, the phenomenon of powder removal: after the construction is completed and dried, the powder is touched by hand.

1. The polishing time of the interior wall putty is not well mastered, and the surface is dried and then polished to remove the powder;

2, the outer wall putty powder, the coating is relatively thin when facing, in the summer high temperature, the water volatilizes quickly, the surface layer does not have enough moisture to cure, so it is easy to remove powder.

3. The product exceeds the shelf life and the bonding strength drops significantly.

4. The product is improperly stored, and the adhesion is greatly reduced after moisture absorption.

5. The water absorption rate of the base layer is high, which causes the putty to dry quickly and does not have sufficient moisture for curing.

1. When polishing the inner wall putty surface layer, it is necessary to master the appropriate polishing time. The best time for polishing is to polish the water surface of the putty surface immediately after disappearing.

2. After the surface of the external wall putty is dry, it should be moderately polished and fully watered and maintained. The general maintenance is divided into two or more times, and the effect will be better.

3, must be used within the warranty period, if the shelf life is exceeded, the test must be carried out, after passing the test, and then construction;

4, should be in a cool dry place, and to ensure that the envelope is intact.

5, in the summer or high temperature and strong wind climate conditions, before applying putty, it is best to wet the wall with clean water, after the surface of the wall has no clear water, you can scrape the putty.

1. The old wall is very smooth, and the putty powder has poor adhesion to its surface.

2. The new wall is cast using a template with a smooth surface and a large amount of release agent (waste oil or silicone).

3. For the non-mortar substrate such as wood substrate and metal substrate (such as plywood, plywood, particleboard, solid wood, etc.), the putty is directly scraped, because the surface expansion and contraction ratio is different, and the water absorption of the substrate is high. The rigid interior wall putty can't be deformed, and it usually falls off 2 months after construction.

4. The putty exceeds the shelf life and the bond strength decreases.

1. Remove the shedding layer and treat it according to the situation of the base layer;

3. Remove the surface release agent or other grease with a degreasing cleaning agent, and then apply the putty.

4. Use two-component or special plywood putty for construction.

Fourth, delamination phenomenon: between the two layers of putty or between the putty and the substrate.

1. The substrate contains a large amount of release agent (such as waste engine oil, wax emulsion);

5, the construction interval between the two layers of putty is too long, generally more than 15 days, the veneer layer sometimes causes delamination.

7, the two layers of putty materials are unreasonable, the expansion and contraction ratio is too different.

2, the severely pulverized construction surface, it is best to seal with a primer primer dilution, after drying, then carry out the corresponding putty layer or other construction.

3, putty, especially the interior wall putty, as soon as possible to shorten the interval between the two putty construction, but the interval is not too short, it is recommended to be more than 6 hours;

5, when the putty is selected, it is best to consult the manufacturer, they will give you professional guidance and advice.

5. Cracking phenomenon: After the putty is applied for a period of time, the surface is cracked.

1. The foundation layer is not completely dry and the construction is required. The construction requires the moisture content of the base layer to be ≤10%.

2. The bottom layer of putty is not dry, just pass the surface, the surface layer is dried first, and the inner layer is still in the process of drying, causing the degree of shrinkage between layers to be different and easy to crack.

3. When the base layer is treated, the joint filling and filling materials are not completely dried out, and the inner wall putty with strong hardness is applied on the top, which is easy to cause cracking;

4, the construction is too thick, the internal drying is slow, the surface drying speed is faster, it is also easy to cause cracking.

1. The putty that has been cracked needs to be removed. If the crack is not too big, flexible putty can also be used to fill the construction, and then the construction is carried out according to the standard construction method.

2, each construction should not be too thick (0.5mm - 1.5mm), depending on the flatness of the wall surface. The interval between the two constructions must be more than 6 hours. After the front putty is completely dried, the next batch is scraped.

Sixth, yellowing phenomenon: After the completion of the putty construction, it will appear yellow or yellow in part soon.

Cause: It mainly occurs in the old wall of the room. The old wall putty uses a lot of polyamide glue, the glue aging decomposition, produces unsaturated acid, and the unsaturated acid reacts with the calcium ion in the putty to form the corresponding yellow calcium salt.

1. Roll it twice with environmentally friendly glue or a closed primer, thoroughly dry it, and then scrape the interior wall putty;

Scan the QR code to read on your phone 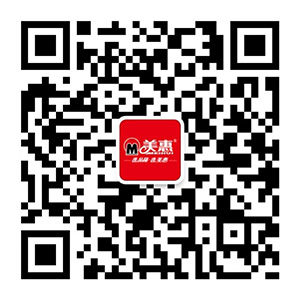 Sweep, there is a surprise